A Fishmonger in the Tenderloin District, San Francisco

A few months ago I set up this guy in the Tenderloin with some fish and a spear. Slow to start this series, I am creating tacky, contrived portraits in front of tacky, contrived murals painted on sides of buildings. Maybe, at long last, two wrongs will make a right?

Anyway, Chuck totally brought it in terms of effort and willingness, so early on a Saturday morning. Thanks a shit-ton/ fish-ton, Chuck! 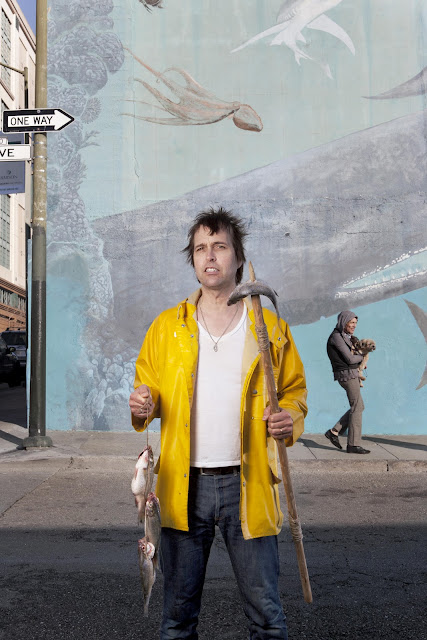 This guy wandered in and kind of made it as well: 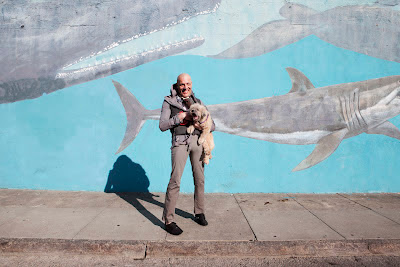 And, in case you were wondering... the fish stayed nearby, to swelter in the growing temperature of the midday sun: 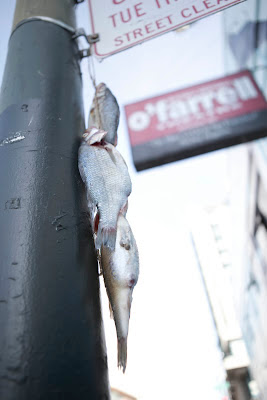 Posted by Jennifer Hale at 10:35 PM No comments:

.. but I just joined Pintrest and am wanting to post some ideas for apt decor and art projects,  but they are in photos on my phone, not already online. So I am now officially posting them on the internet!

Coolest thing ever: this house in Pac heights, owned and decorated by the interior designer/ owner, had this art on the wall in one of the boy's bedrooms: 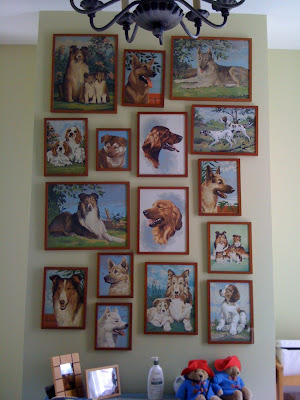 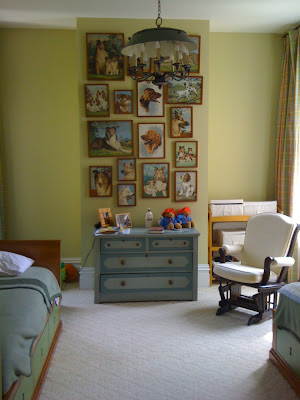 hella awesome..
Second idea, and this I've seen for a few years, every time I go in Sugarlump Cafe I see this wall unit and am getting ever-closer to building one of my own: 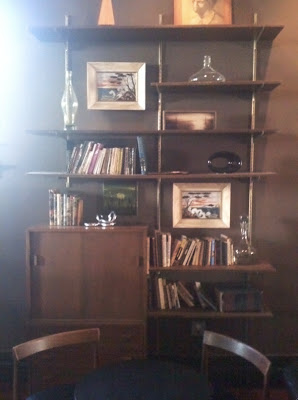 I have the brackets and standards in brass, need to make shelves. It's to be an entertainment center, with amp, record player, and then two wall-mounted cubes below to hold albums. The brackets were $$, the standards were on a closeout at Center Hardware. The shelves and boxes will be made out of plywood, but a nice birch-veneer, with a walnut stain. It may or may not work out..? Tony's on it. Like he was on this project: 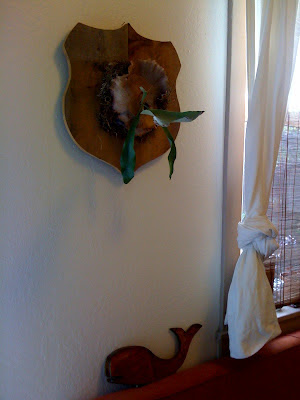 The staghorn fern trophy mount, not the whale weathervane. My grandpa Joe Hale made that. Damn cool, both. Animal corner..
Posted by Jennifer Hale at 7:31 PM No comments: