Babes in the Wood: Alexander 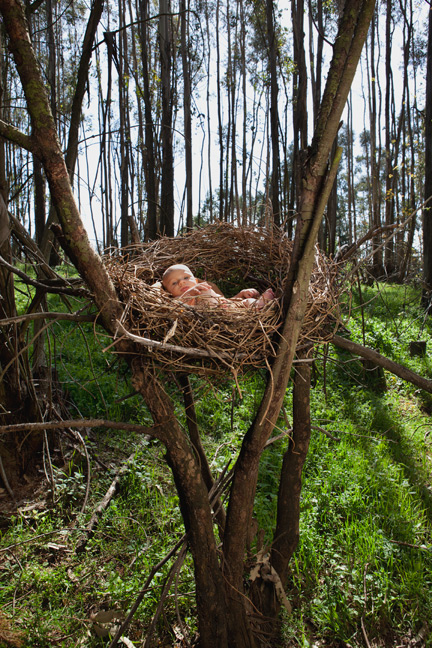 For the second spring in a row mourning doves have nested and hatched from a tree outside Tony's kitchen window. Last spring it was neat to watch the new babies and when one of them spazzed out on the mom bird, he was henceforth known as Violent J. 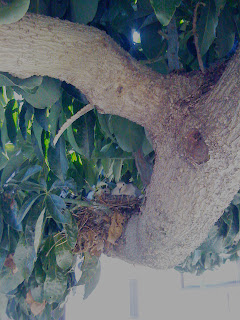 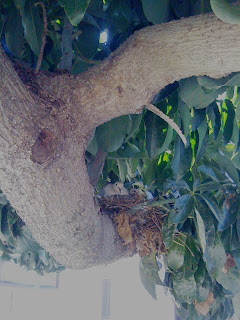 This year two came and laid eggs a few weeks ago, thus giving me a good idea for a setting for baby Alexander.

They hatched after a couple weeks, with mom and dad dove taking turns with nest duty. The babies this year are called Reno Raines and Magnum. Within a week they flew off and have only been seen once.

This shoot was inspired by the wealth of strong male lead-actor type birds, and I naturally thought that a giant nest would rule, if I could figure out how to make it. 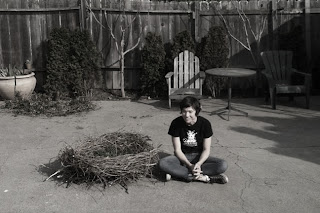 Thanks so much for letting the nest be hung way up in the tree, Peter and Brandy! 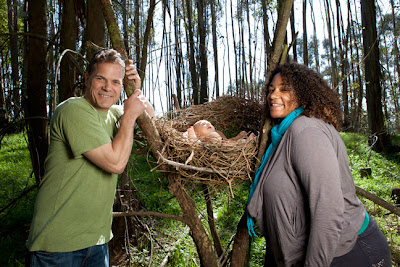